Treat your loved one to a romantic getaway they will never forget! Take your sweetie to Tahiti! Pair the perks below with spa days, fine dining and white-sand beaches. Your better half will never forget that you are the most romantic partner in the world! And if you've got a special occasion to celebrate, a trip on The Gauguin is the perfect way to do it. Let us know how we can help you celebrate your honeymoon, wedding, anniversary and vow renewal.

The All Inclusive, luxury experience in French Polynesia! Contact me today for additional unadvertised savings! 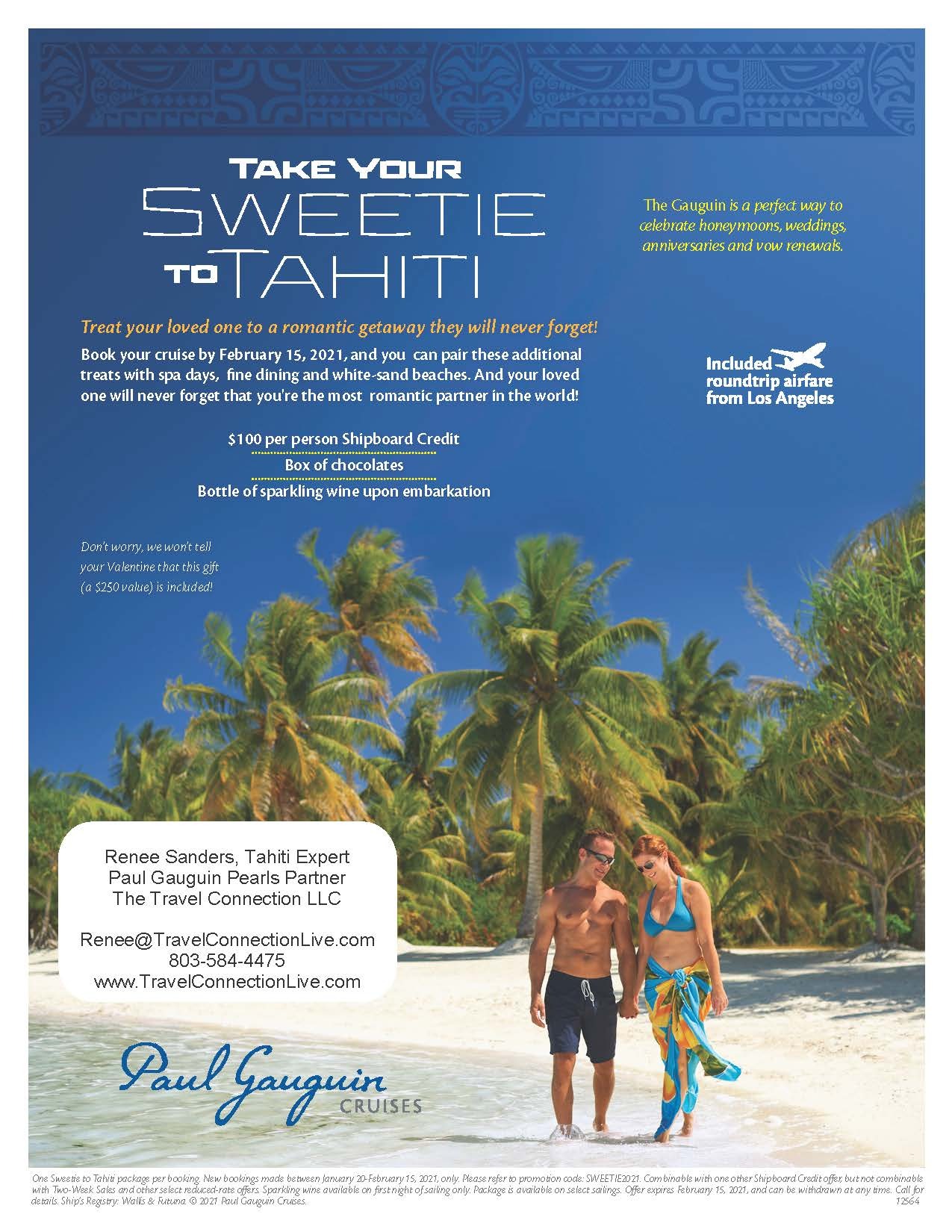 Tell me more about the experiences on a Paul Gauguin cruise: 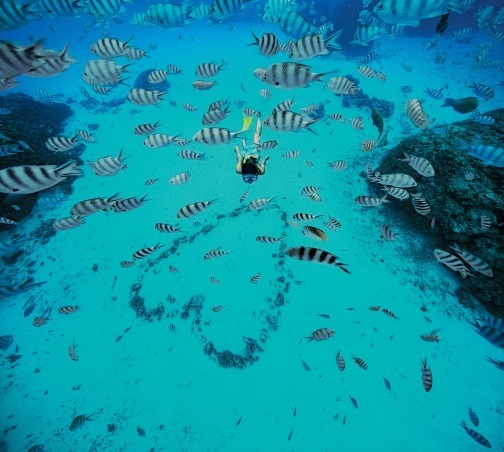 Terms, conditions and restrictions apply; pricing, availability, and other details subject to change and/ or apply to US or Canadian residents. Please confirm details and booking information with your travel advisor.

You will visit the following 3 places:

Papeete is the capital of French Polynesia, an overseas country of France in the Pacific Ocean. The name ''Papeete'' means "water from a basket". Papeete is not a tropical paradise. It is a typical government center and industrial port with small doses of French and Polynesian charm. It has shopping, eating, and drinking, but very little sightseeing for a capital city and even fewer top-class hotels. The residents speak French and Tahitian, although English is spoken by many in the tourist trade. The people-watching is superb.

French Polynesia, an overseas collectivity of France, comprises more than 100 islands in the South Pacific, stretching for more than 2,000km. Tahiti, which is located within the Society Islands, is the most populous island and the seat of the capital of the collectivity, Pape'ete. It has more than 68% of the population of the islands in 2012. Although not an integral part of its territory, Clipperton Island was administered from French Polynesia until 2007. Makatea in French Polynesia is one of the three great phosphate rock islands in the Pacific Ocean - the others are Banaba (Ocean Island) in Kiribati and Nauru.

Bora Bora is an island in the Leeward group of the Society Islands of French Polynesia, an overseas collectivity of France in the Pacific Ocean. The original name of the island in the Tahitian language might be better rendered as Pora Pora, meaning "First Born"; an early transcription found in 18th- and 19th-century accounts, is Bolabolla or Bollabolla. The island, located about 230 kilometres (140 mi) northwest of Papeete, is surrounded by a lagoon and a barrier reef. In the center of the island are the remnants of an extinct volcano rising to two peaks, Mount Pahia and Mount Otemanu, the highest point at 727 metres (2,385 ft). Bora Bora is a major international tourist destination, famous for its aqua-centric luxury resorts. The island is served by Bora Bora Airport on Motu Mete in the north, with Air Tahiti providing daily flights to and from Papeete on Tahiti. The major settlement, Vaitape is on the western side of the main island, opposite the main channel into the lagoon.